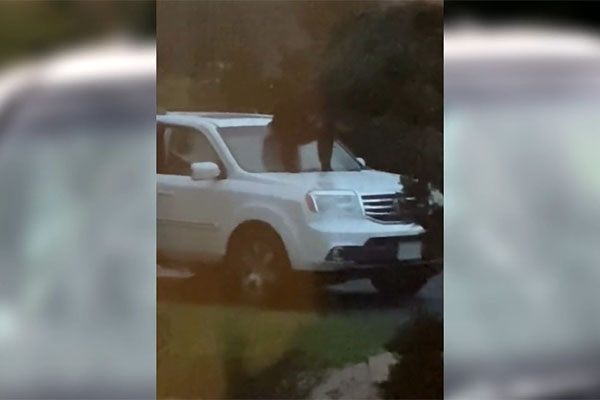 “A bear that spent hours trapped in a North Carolina woman’s SUV ended up smashing its way out of the vehicle through the windshield.

Ashely McGowin of Buncombe County said she noticed the hazard lights on her SUV were blinking about 6:30 a.m. when she let her dogs outside.

McGowin said the dogs were barking like something had spooked them, so she and her husband went out to investigate and discovered there was a large black bear closed inside her SUV.

McGowin captured video as the bear smashed its way out of the vehicle through the windshield.”

Check out the video of the incident here.

According to neighbors, they heard honking around midnight which would mean the bear was trapped for several hours. Unfortunately for the owner of the SUV, it was deemed a total loss. After the bear escaped, it was seen leaving with two cubs. How it entered the SUV remains a mystery!

We’ve had many customers that have had run-ins with wild animals causing windshield damage. However, we don’t recall any that reported such incidents coming from inside their vehicle. Regardless of how your windshield was damaged call us at 952-797-4374 for mobile auto glass service at no extra cost!

AGSC and NWRA will merge into one organization