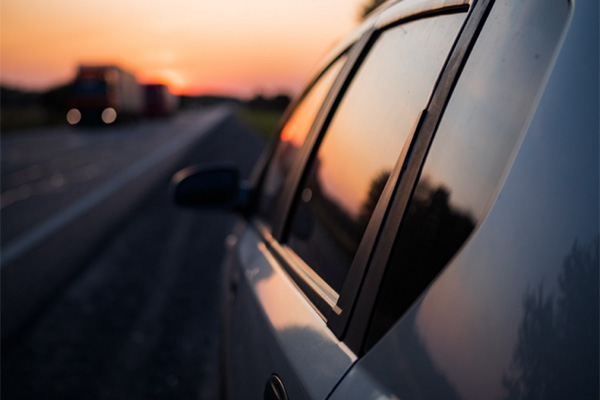 “You may have seen it in the news recently—instances of someone getting stuck in their vehicle after an accident because the car was equipped with laminated side windows. Laminated windows are nearly impossible to break with traditional glass-break tools. These small devices are carried in many driver’s gloveboxes because they easily break car windows so that occupants can escape in emergency situations. Unfortunately, these traditional glass-break tools don’t work with laminated side windows. Even first responder professionals have difficulty breaking through laminated glass windows with specialized tools. It can take minutes to saw through and remove laminated glass. In comparison, tempered glass breaks away in mere seconds.

Why is laminated glass so much harder to break through than tempered glass? To start, let’s talk about tempered glass. Tempered glass has been heat-treated to create a hardened surface. It’s stronger than regular glass, but when it’s hit hard enough, it instantly shatters into thousands of small pieces. In comparison, laminated glass will break from a hit of similar force. The difference is that laminated glass is basically a glass sandwich—two pieces of glass held together by a middle layer of polyvinyl. This polyvinyl interlayer is what creates the problem. Even after the glass has broken, it stays in place because of the interlayer. The plastic interlayer can bend and stretch, making it difficult to punch through. Usually, it needs to be cut through with a saw instead.”

Read more about the differences between the two here.

If you’re unsure whether your vehicle is equipped with laminated or tempered glass there is an easy way to tell. Some where in the corner there should be what’s called a “bug”. This is nothing more than a stamp which should say either laminated or tempered and other important information. If, for some reason, you can’t find the bug simply roll down your windshield. If it’s laminated you should see the middle layer sandwiched between the two outer glass layers at the top edge.

At IAS Auto Glass we provide precision laminated window cutting. Call us at 952-797-4374 or visit our auto glass service page to learn more about this service.