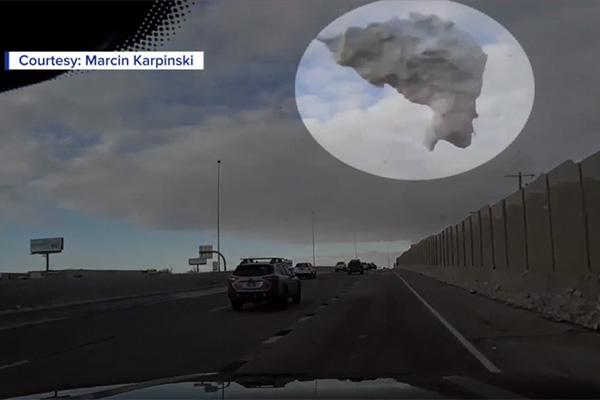 “Dramatic video shows the moment a chunk of ice fell from a sign on Interstate 15 and crashed into a car’s windshield.

The incident happened on Dec. 17 at the northbound exit of 7200 South.

Marcin Karpinski tells FOX 13 he noticed what he described as an “ice missile” falling from the sign. With less than a second to react, he braced himself for impact.

“I was just passing below the sign and crash, the block of ice hit me,” Karpinski said.

The ice hit the passenger side of his windshield and shattered the glass. The cost for repairs totaled $1,500.

After filing a report with Utah Highway Patrol, Karpinski says he went to the Utah Department of Transportation hoping they would take responsibility for the damage.”

According to Mr. Karpinski, the local department of transportation will not admit guilt in the matter. Furthermore, he mentions the point of drivers being responsible for clearing snow and ice on the vehicles. Why shouldn’t transportation authorities be held to the same standards for their signs and bridges?

Commonly referred to as “Acts of God”, such incidents that cause damage to your vehicle are extremely frustrated. IAS Auto Glass offers competitive cash prices on our auto glass and windshield services. Call us at 952-797-4374 to schedule an appointment.

The difference between laminated and tempered auto glass

Student feared for his life as pumpkin smashes through windshield