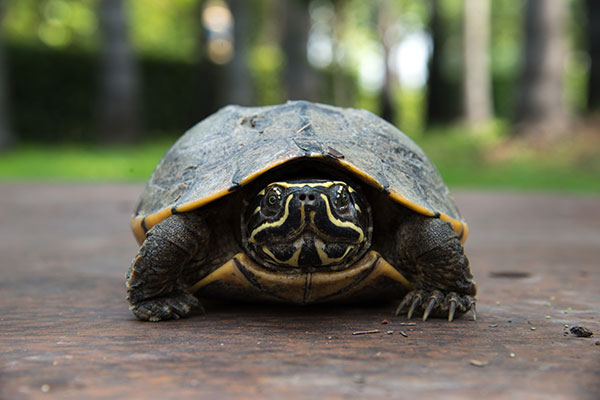 “It could have been a turtle disaster in late July 2021 when a Florida fire department reported an accident involving a turtle and a car windshield.

The St. Lucie Fire Department reported that a semi-truck hit a turtle at a turnpike, causing it to fly into the windshield of a nearby car.

The department added that neither the driver, nor the turtle was injured. They were able to release the animal into the wild. Just in case you were wondering, it didn’t happen in slow motion.

This isn’t the first turtle-related accident in Florida. In April 2021, another turtle crashed through the windshield of a car, hitting a woman in the head. The turtle got away with a few scratches and the woman ended up with a cut on her eye.”

A story like this sounds like it’s straight out of the video game Mario Kart. It sounds unreal that a turtle could be launched airborne with such velocity that it would break a windshield. Even more astounding is that the turtle survived the incident. Fortunately, the driver also escaped unharmed and the only real damage done was to the windshield.

Most of the stories we hear from our customers involving wildlife and broken windshields are due to large game, particularly deer. If your windshield has been damaged due to an animal or otherwise, call us at 952-797-4374 to set up an appointment. You may also visit our auto glass service page for additional information.

How long does it take to repair or replace a windshield?