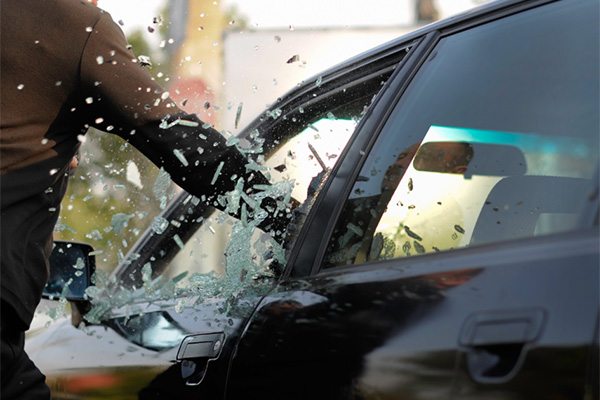 “From what he’s seen, criminals typically target that front glass first and then quickly realized they’re not getting into the car that way, Smith said. The target then becomes the back window, creating two glass problems for car owners.

In most cases when those windows are busted, Tom said people shouldn’t expect an alarm to go off — even if a car came with an alarm unless you have specific glass and impact sensors.

Many cars do come with some type of entry point security, which means the horn will sound if a door is pried open, Tom said. That security feature doesn’t mean the horn with sound if a window is busted.

“When thieves break in, they already know that if they break the window, if they don’t open the door, (the alarm)’s probably not going to go off,” Tom said.”

Even if you don’t leave your valuables in plain sight, there’s still a chance that a thief will not be deterred from breaking into your car. The same goes for parking your car in a well-lit area. Windows are the easiest point of entry and can cause double the frustration for car owners. It’s bad enough having something stolen but then needing to replace the window is like pouring salt on a wound.

If you’ve been the victim of a vehicle break-in that resulted in a broken window or two, call IAS Auto Glass at 952-797-4374. You may also visit our auto glass page for more information on our services.